Novice traders are surprised when they see that immediately after a trade is made, and it is at a loss. Thoughts arise about fraud on the part of the broker. In fact, there is no crime here, and the reason for this phenomenon is in the spread. In today’s article, I will explain what a Forex spread is and its effect on trading results.

What is Forex Spread? Spread is the difference between the ask price and the bid price. That is, at a certain point in time, the purchase will take place at a slightly higher price than the sale. See the picture below. The purchase price is called Ask. The selling price is called Bid. 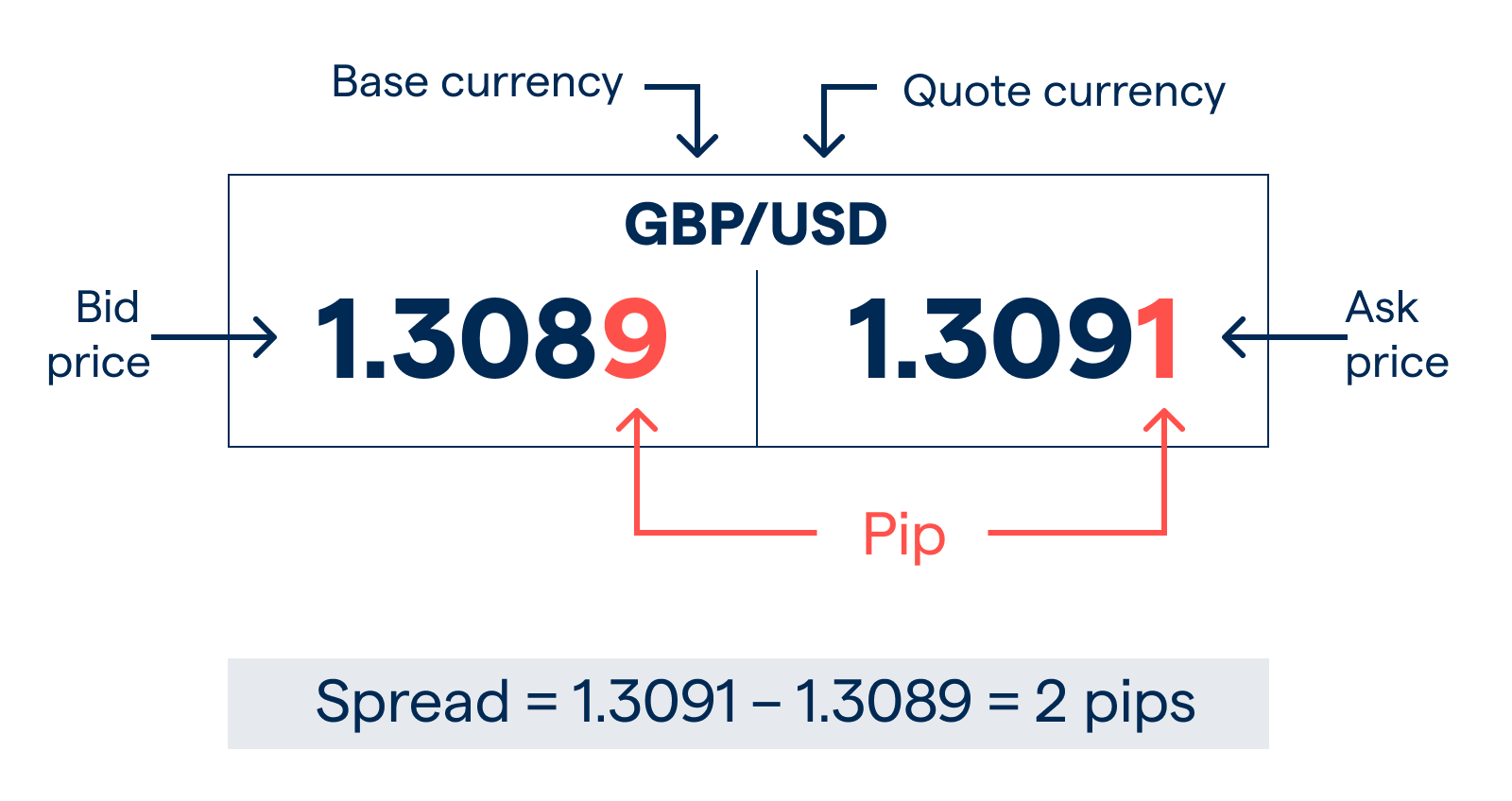 The official rate is set by the Central Bank, revising it every day. But in the exchanger, you will not sell or buy currency at this price. Dollars will be sold to you at a slightly higher price than the Central Bank rate, and they will be bought out cheaper.

It is due to this difference in prices that each trade immediately becomes unprofitable after opening. Because you bought at the Ask price (higher), and you will sell at the Bid price (lower). This is taken into account in the MT4 terminal, and a small loss is automatically displayed in the “profit” column, which is equal to the size of the spread. Just as the bank’s profit is formed through exchange operations, the broker’s profit is also formed.

So as you can see, the broker earns from the spread on each buy or sell transaction, and it doesn’t matter if it brought the trader a profit or loss. Therefore, there is no point in cheating, the broker will receive it.

You can find out the size of the forex spread in the trading conditions on the broker’s website or in the trading terminal. Below is an extract of how the spread is displayed on the IC Markets website.

Why Can’t I See the Spread Size?

Because the Ask price is not displayed by default in the terminal settings, only Bid is displayed. If you have MetaTrader4, then fixing it is very easy. You need to right-click on the chart, go to the “Properties” item, and then under the “Common” tab, click on the “Show Ask Line” checkbox. The chart will display 2 lines: the upper (Ask price) and the lower (Bid sell price). 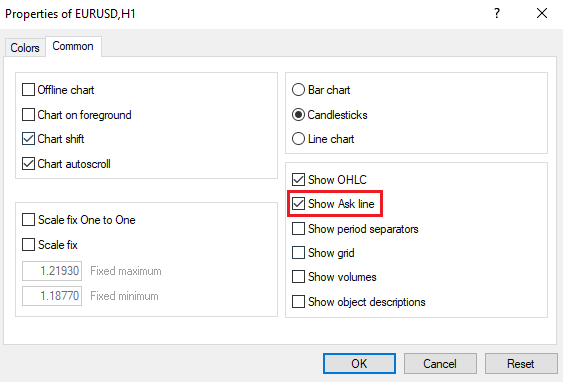 Different Types of Spread on Forex

Brokers offer different types of spreads. It can be fixed, fixed with the possibility of expanding the range, floating or floating with a commissioned commission.

Fixed. No matter what happens in the market, the spread does not change. It is very popular with forex brokers, especially for account types that are aimed at novice traders. The spread size is constant all the time, for example, 3 pips. Beginner traders clearly know what commission they will pay, even before opening a trade. In addition, trading strategies can be tested with great accuracy on historical data. But there is a significant disadvantage – the size of the spread is very large.

Fixed spread with the possibility of expanding the range. The broker can increase the spread in order to cut off those who like to set pending periods, for example, before the publication of macroeconomic statistics. The same thing happens on Friday before the close of the market. This is also insurance against traders who leave orders open for the weekend in an attempt to catch the gap.

Floating. This type of spread is typical for ECN accounts, transactions from which are brought to the interbank market. The difference between the buy and sell prices changes over time, for example, it can be minimal while waiting for news and expand sharply at the time of their release. In the long term, trading in such conditions is more profitable than with a fixed spread.

Floating with a pledged commission. Exactly the same as described in the paragraph above, but there is a minimum value, a fixed commission, less than which the spread cannot be.

There are types of accounts on which the spread is equal to zero, and the broker receives profit from the commission. It is small and comparable to the spread.

Liquidity – on majors, the spread is no more than a couple of points. But for exotic instruments, where the trading volume is several times less the spread increases. For example, on GBPNZD, the spread is 10 points – 5 times more than on EUR USD.

Market situation – before the release of macroeconomic statistics, speeches of the top officials of regulators, the broker widens the spread.

During the European and American sessions, the spread is minimal.

The spread affects the result because every time a trader enters the market, he loses points, and the broker takes them as his reward. Another thing is that even against the background of a profit of 50-60 points, a spread at the level of 2-4 points will not have a strong effect.

The degree of influence of the spread on the result depends on the trader’s working style. Let’s compare 2 cases:

We will not consider the trades themselves. We will only study the effect of the spread on the result. The comparison is performed in a tabular form.
With intensive trading on 20 trades, losses on the spread would be 60 pips or 15% of the fixed profit. Less intensive trading resulted in a 12 pips spread loss or 4.2% of the resulting profit.

It is clear that in the example, the results are fictitious and can be very different in real life, but the trend of the spread influence persists. The more often you trade, the greater your spread losses. Remember – it is charged from each market entry, no matter what the result will be.

To minimize losses on the spread, accounts are used, on which, instead of the spread, a commission is charged depending on the traded volume. Slightly above, when considering the types of spread, we have already mentioned such accounts. In other cases, its influence on the result can be neglected.

Judge for yourself – when trading on H1-H4, the profit per trade is 100 points or more. Against this background, a spread of a couple of pips looks like a frivolous loss. In addition, on accounts with a floating spread on currency pairs with high liquidity, the spread decreases during the hottest time.

Another danger from the side of the spread is that if you neglect it when calculating the position of SL, TP, and then take profit, stop or one of the pending orders may not be activated. It happens that the price does not reach the take profit literally 1-2 points, precisely because the spread is not taken into account, the result for the trade turns out to be worse than expected, or the deal does not open at all when it comes to pending orders.

You can deal with this simply by adding a few points to the calculated stop value or a pending order position. When setting take profit, it is better to place it a little closer, even if this will lead to the fact that you will not earn additional 5-10 points.

You can switch to accounts without a spread and pay a commission. This scares some, but in reality, the costs of spread and commission are of the same order, so you won’t feel much difference. But get the advantage – precise execution.

Spread is the broker’s reward, and the company receives a small amount on any client’s deal, including the one that closes with a loss. So do not be alarmed when you immediately find yourself in the red when you open a position. And this is not a scam on the part of the broker, it is just that the influence of the spread manifests itself. Novice traders need to know what is forex spread, a swap, margin levels, leverage, etc.

Read also the article “What is a Pip in Forex?”…

PS Below is a short video about the spread, everything is told on the fingers! 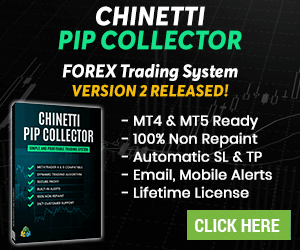