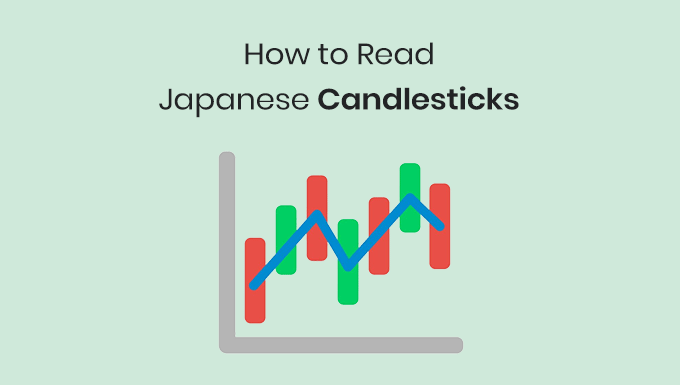 Many traders use Japanese candlesticks as part of their technical analysis to study forex trading charts.

Learning how to read Japanese candlesticks is important if you want to know how the candles on a chart interact with each other and provide a basic understanding of how the market works.

In this article, I’m going to explain what Japanese candles are, their structure, and how to read them when trading forex.

Japanese candlesticks appeared in the 17th century, thanks to Japanese rice traders at the very beginning of the stock market trading.

Back then, there were no computers, and all the price changes were hand-drawn.

In Europe, Japanese candlesticks appeared much later, only in the 90s of the last century, by the efforts of a trader and analyst Steve Nison. Although the books of Steve Nison were written more than 20 years ago, they do not lose their relevance until now and are recommended for novice traders to read and learn.

There are three ways to display the price on the chart in the trading terminal:

A trading chart consisting of Japanese candlesticks has advantages over the bars and line charts.

It shows the closing price at a certain point in time, the opening price, and the maximum and the minimum price.

The picture below shows three types of price charts (from left to right – line chart, bar, and candle). 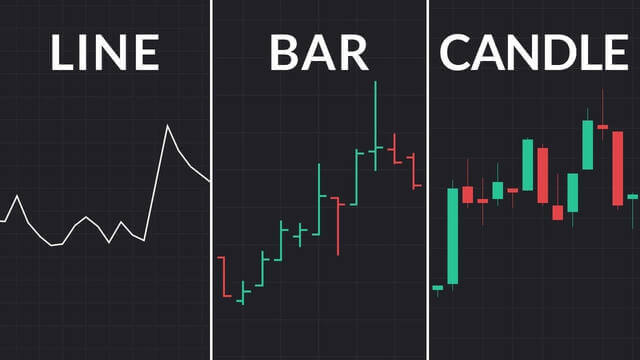 The line chart is the most visible, but its main drawback is that it is not informative enough.

For example, if you choose a line chart on a daily timeframe, the line will only connect the day’s closing prices, while the price may change very much inside the day, and the information that the line chart gives us may not be enough to trade according to your strategy.

As opposed to line charts, Bars are more informative, but Japanese candles are considered the most visual and convenient for novice traders, so I recommend working with candle charts.

What Does a Japanese Candlestick Meaning?

Below is the structure of the Japanese candle.

As you may have noticed, Japanese candles are bullish – candles growing up, and “bear” – candles falling down. The color of the candles can be different. You can adjust the candles’ color in the trading terminal by clicking the right on the charts and selecting Properties – Color scheme.

“Bulls” are called buyers who sort of raise the market on the horns and move it up. “Bears” are sellers who bear’s paw push the market down. A Japanese candle is one time period that can be absolutely anything from the minute (M1) to monthly (MN).

How to Read Japanese Candlesticks?

A Japanese candle consists of the body, upper and lower wick/shadow.

The maximum and minimum of candles show price fluctuations during a given time period. 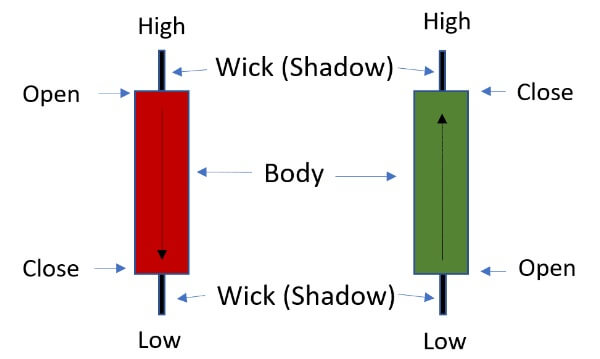 Candlestick charts are composed of many individual candles.

Let’s break down the different parts of a Japanese candle in detail.

The opening price of a candlestick is depicted on the chart as the wide part of the candlestick combined with its color.

The open price is the price at which the first trade was made in a certain period of time with the Japanese candlestick.

The closing price is the price at which the last trade occurred during the time frame of the candlestick presented.

The direction of the Japanese candlestick can be determined by the color of the candlestick.

Most charting programs allow you to independently choose the color of candles, but in order to be able to read Japanese candles, you need to paint upward and downward candles in different colors. The direction contains information about the direction in which the price moved over a certain period of time.

The size of a candle is displayed on the chart as a thin vertical line that goes through the entire candlestick and exits from the top and/or bottom. This line is called the candle shadow or wick.

In order to calculate the range of price movement, subtract the minimum from the maximum price and get the size of the candles.

Japanese candlesticks can be used to determine trends on a trading chart. The picture shows a downtrend or “bear” trend, a sideways or flat trend, and an uptrend or bullish trend. 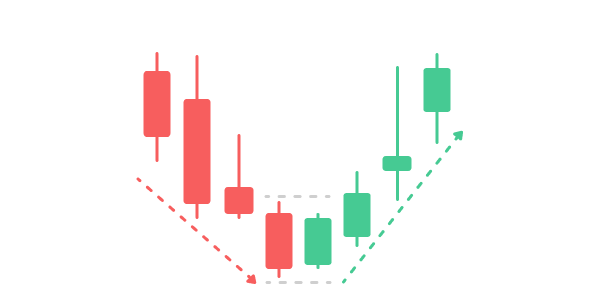 Today, we looked at Japanese candle structure, how to read Japanese candlesticks, how to analyze the candles, and learned the difference between “bull” candles and “bears”.